Lacks a fixed, regular, and adequate nighttime residence, including sleeping in a temporary location (shelters, motels, others’ couches) or places not designated for human habitation (cars, tents, abandoned buildings. (HUD)

Homeless increased in total by 3%

The founders of Impact West GA have served the community through church ministries that address hunger and literacy since 1999.  In 2004, Impact West GA was founded as a nonprofit organization in response to a request from the city to expand their ministry to address the increase of homeless men in our area.

It took four years and an entire community’s support for HOPE Center to become a reality.  In January 2008, HOPE Center opened it’s doors to the first homeless man. Since then, we've served more than 1,000 men. 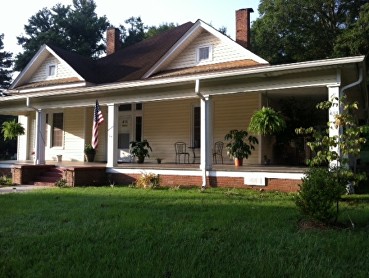 HOPE is a holistic, transition program for men who desire to move from homelessness into their own homes and live self-sufficiently. Unlike a traditional shelter, at Impact West GA’s HOPE Center, homeless men have a place to call home, three meals a day, laundry facilities, a warm bed, an address, and support.  They live with  dignity while they focus on rebuilding their lives.  The Men of HOPE work hard to earn an income so that they can afford to pay rent on their own homes one day soon.  They diligently save so they’ll have needed deposits when the time comes to transition.  They spend months searching for an apartment or home they can afford.