those who serve... DESERVE! 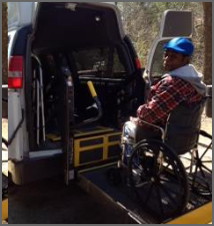 Aurthur Phillips served our country in the Army. On February 4, 2013 Mr. Phillips had a stroke, paralyzing his right side. He could no longer drive and his wife was physically unable to lift him in and out of their vehicle.  As a result, he was missing important therapy sessions and paying high fees for someone to take him to his appointments. He then learned about DESERVE and gave us a call.
On March 28, 2014 Darrell, one of Impact’s founders, DESERVE driver, and Vietnam veteran, celebrated with Mr. Phillips as he walked out of the clinic free of his wheelchair!
“Deserve is truly a blessing. To know I had someone to take me meant I could keep all my appointments and I could recover faster.”
-Aurthur Phillips 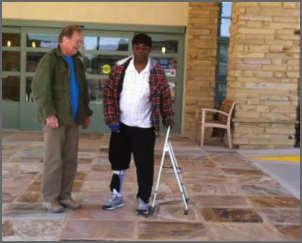 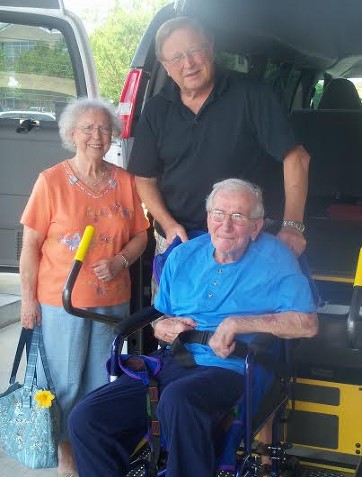 Bill Vayda was DESERVE’s very first veteran. He served in the United States Navy.  DESERVE had the privilege of serving Mr. Vayda and his wife before his passing on June 30, 2012 even before the Trinka Davis VA Clinic opened.
In the last year of his life, Bill was completely immobile.  Mary Nell, his wife, wasn't physically capable of lifting him in and out of his chair.  When she called for assistance, the wheel-chair accessible taxi was going to cost them $500!
“ I can’t tell you how blessed we were to have this help during Bill’s illness.  The driver was so kind and friendly.  I just couldn’t handle Bill  by myself.  Thank you so much for providing this wonderful service to our community.”
-Mary Nell Vayda

How can YOU be a part of ensuring local Veterans have access to healthcare?  Easy!

1)  Become a Friend of Impact: Give a monthly gift to maintain the vans and ensure they remain on the roads transporting our veterans for years to come.

2) Join the Team!- Volunteer as a DESERVE driver.